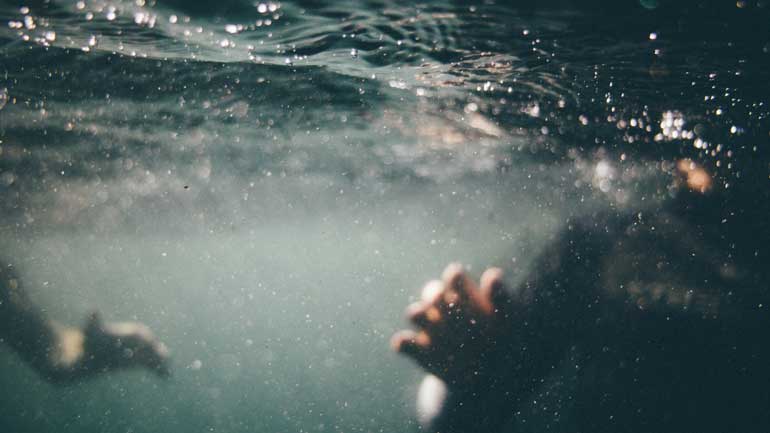 You Have to Embrace Change to Be Successful

Bob always shares this story about change with our students. It comes from a book called Illusions by Richard Bach. It's a fantastic read, and the story teaches a great lesson to anyone who is thinking about taking the leap and getting an equine job.

All his friends and family freak out, fearing he'll be beaten to death as he's washed downstream. They try to persuade him to stay put. Nobody has ever come back from letting go of the rock.

The little rock clinger thinks for a bit and concludes that he's dying now anyway, so he lets go of the rock. Downstream he goes, getting bruised, battered, and torn up on the river bottom. After a great deal of struggling, he teaches himself how to float, going downstream, seeing all kinds of sites that he never knew existed.

A Day in the Classroom

Eventually, he teaches himself to swim. Now he can change directions which allows him to see even more new things. He comes across another colony of creatures playing under rocks, surprised because he thought they were the only ones in existence.

Down he goes to see these creatures. They look up and see him, thinking he must be supernatural. He shares stories with the people, but then he gets bored and wants to leave. The little rock clinger asks them to join him, but nobody does. They assume he is special. There is something about him that allows him to let go safely.

After trying to coax his new friends, telling them, "I'm just like you, I just let go of the rock, and I learned how to float," the little rock clinger gives up. Nobody believed in themselves enough to change, so he goes off on his own, for another adventure.

What Does this Mean for Equine Jobs?

That's what happens when you come out of farrier school. You get swept downstream and beat up at first, but you're going to get better. If you believe in yourself, your dream, and your passion for equine jobs, you'll learn how to float.

You'll eventually learn to swim by make friends in the profession, continuing your education, and applying yourself to your trade. Once this happens, you're going to see things your friends have never seen. You can live an extraordinary life. The freedom you get from shoeing horses is unlike anything you can imagine.

You're going to find yourself at BBQs with friends you've known for years, and they're going to start a diatribe about how they hate their boss. Their job sucks, everything's horrible. You'll realize that before your life as a farrier, you enjoyed these conversations because you felt the same way.

Now you'll sit there, thinking, "if you don't like it, just quit." The rock clingers of the world would be horrified at this thought. They would respond with, "maybe you did, but there's something different about you." You can try to convince them that no, you're just like them, but eventually, you'll just let go of the rock, happy you invested in yourself for a better future.

If you're going to make changes, you have to let go of the rock. Here at Pacific Coast Horseshoeing School, we understand your fears about pursuing equine jobs. We work with you, helping you let go of that rock and minimizing the bruising and battering that comes with it.

Bob is thankful every day that he dared to let go of the rock, and he can help you do the same. If you are looking for equine jobs, apply for our farrier program. Apply Now